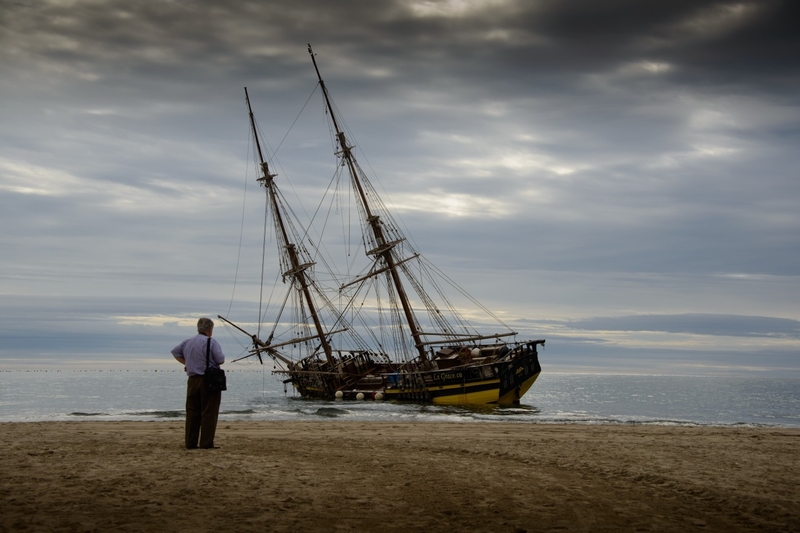 Image: 0145741959, License: Rights managed, MARBELLA, SPAIN – UNDATED: Onlookers stop to look at the replica of 17th Century ship La Grace stranded on a beach in Marbella, Spain.
IF YOU HOLIDAY in Marbella this Autumn you will see a strange sight – like an unlucky pirate ship of old this mighty sailing ship has been grounded. While the owners wrangle with an insurance company to save their beloved 17th Century replica of a famous exploring vessel La Grace – she is slowly breaking up on the beach at Marbella due to bad weather. The Czech sailing enthusiasts who were piloting their mighty ship off the coast of Spain accidentally grounded the ship in bad weather, which caused her to break anchor and drift into the beach. The original La Grace was the ship of Augustine Herman, born in 1621 in Bohemia, who extensively explored North America and was in charge of Dutch diplomatic relations with the British from his base in New Amsterdam, later known as New York City., Place: Spain, Model Release: No or not aplicable, Credit line: Profimedia.cz, Barcroft Media